The 13th Tribe by Robert Liparulo 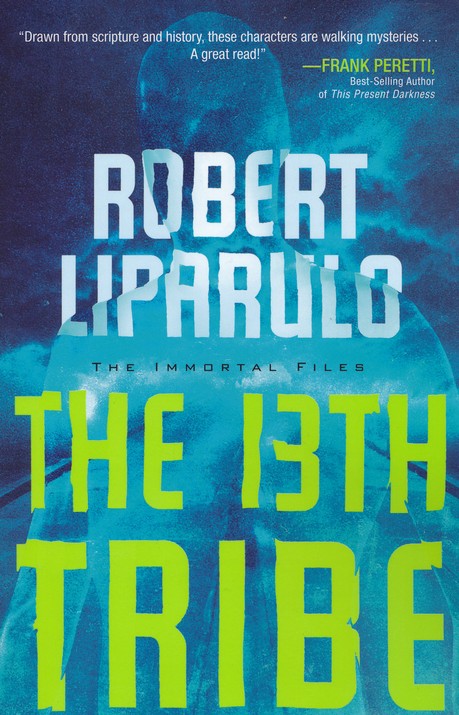 You start out on your adventure with a feeling of... "What the heck?"

The 13th Tribe by Robert Liparulo is one of the most unique novels I have ever read. The beginning completely throws you off track and you have no idea what is going on. Slowly, as the book progresses, things become more and more clear, and the pieces come together. It's a very fun process.


It began when Moses was on Mt. Sinai. Tired of waiting on the One True God, the twelve tribes of Israel began worshipping a golden calf through pagan revelry. Many received immediate death for their idolatry, but 40 were handed a far worse punishment—endless life on earth with no chance to see the face of God.

This group of immortals became the 13th Tribe, and they’ve been trying to earn their way into heaven ever since—by killing sinners. Though their logic is twisted, their brilliance is undeniable. Their wrath is unstoppable. And the technology they possess is beyond anything mere humans have ever seen.

Jagger Baird knows nothing about the Tribe when he’s hired as head of security for an archaeological dig on Mt. Sinai. The former Army Ranger is still reeling from an accident that claimed the life of his best friend, his arm, and his faith in God.

The Tribe is poised to execute their most ambitious attack ever and the lives of millions hang in the balance. When Jagger’s wife and son are caught in the crossfire, he’ll stop at nothing to save them. But how can one man stand against an entire tribe of immortals?

The story of The 13th Tribe centers around a group of people who call themselves just that: the 13th Tribe. It turns out that they were formed around 3,500 years ago around the time of the Book of Exodus. They were cursed with immortality, forever destined to stay the age they were when their band was formed, whether infant or old weakling. Originally numbering forty, only eight members have stayed true through present day to carry on what they believe to be their mission: to eliminate those who would bring harm to the innocent. Or, in short, sinners.

As a mixture between historical fiction, science fiction and modern-day thriller, The 13th Tribe kept my attention until the end, though all of the mishaps, plot twists and stunning showdowns. Few writers can write hand-to-hand combat as does Robert Liparulo, and few can make their characters become so... alive. Through the entirety of the story you will grow to sympathize and love or hate each and every character, and in the end the main protagonist, Jagger Baird, became one of my all-time favorite fictional characters.

The book surprisingly had the occasional feel of a self-published novel, but that was for the mere reason that I read a pre-edited copy—the author's first draft, if you will. The novel releases to stores in April 2012, and I definitely recommend picking it up.

In conclusion, The 13th Tribe is a spectacular adventure of a sort I have never seen before. It contains plot twists and surprises that you really don't see coming, and when they're led up to you can almost feel your eyes growing bigger. It is full of action, drama, adventure, and just plain awesomeness. For sure, it was one of the best novels I have read this entire year.
Posted by Arkatox at 8:47 PM