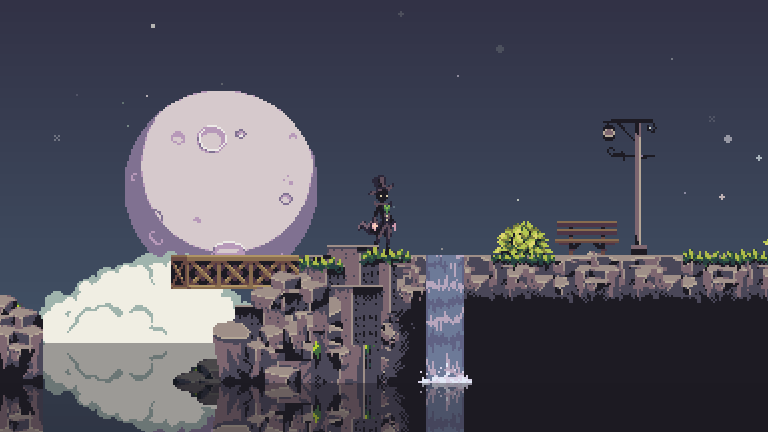 The other day I came across a little game called Sinister. It was made in 48 hours as part of the Ludum Dare competition. When I say a little game, I mean a game that you can literally beat in two minutes. That little. Yet, for some reason I keep playing it. I wonder why that is.

Sinister is as mysterious as it is short. You are a man, and you have died. Yet, somehow, a world is able to come back together around you, bred from your memories. Where are you? What is this world? You explore this world of memory, and after a short time you come across a girl standing over a grave. As she turns to look at you, the words appear.

"I said that you would never be alone."

And then the game ends, bringing you back to the title screen, leaving you to wonder what the heck just happened. However, the "ending" is not where the game ends, because the game actually works as an endless loop. The opening and ending lines go together, hand-in-hand. The girl is standing over your grave, because you have died.

Could it be that your character is stuck in some sort of purgatory? The same dream of a partial world of memories playing itself over and over again? Or is there something more going on here? I played the game numerous times, trying everything I could think to try, just trying to find some answers. But no matter how much I've looked, I've found nothing more than what I already know.

What is it about this game that keeps drawing me back? Is it the mystery of it all? Is it the brilliantly haunting music? Is it the fact that no matter how many times I play it, I can't find the closure I'm searching for? It's probably all of these things combined.

The developer has in fact stated that he intends to expand on the story sometime in the future, and has stated on Twitter, "This is not the end of Sinister." This makes me both excited and cautious. Someday I may finally find the closure I need, but at the same time the game is brilliant as it is, because of the unanswered mystery of it all.

Regardless, you should consider spending two minutes of your time to play the game. Be warned, it may keep drawing you back, as it did me. That will probably not be the case—I'm just an oddball—but who knows.

Play the game online here.
Posted by Arkatox at 4:00 PM No comments:

Soundtrack of the Month: March 2015 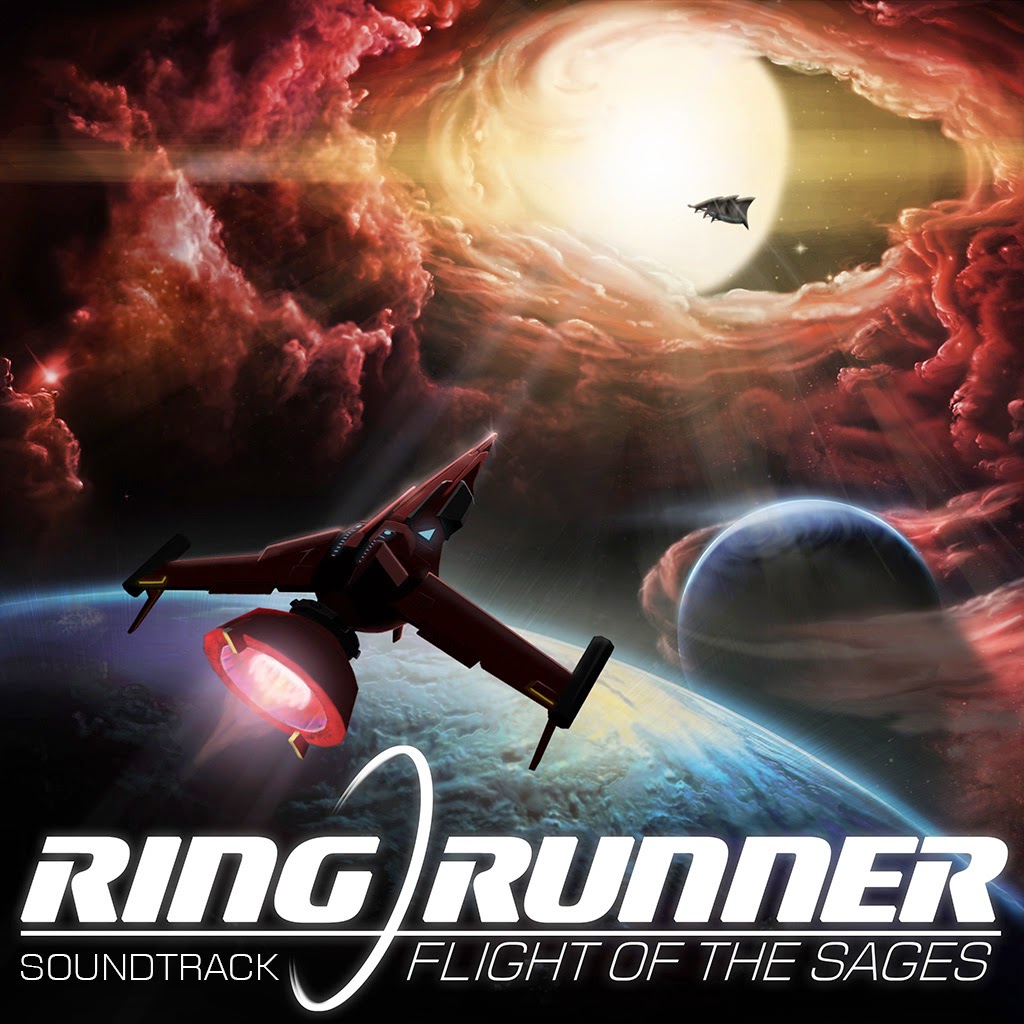 When attempting to plan future editions of this Soundtrack of the Month series, there is one soundtrack that kept coming up again and again, that I kept getting very close to rejecting. I kept considering it because it's great music, and I kept rejecting it because it was made by an amateur—somebody who had never composed before, and has even stated he can hardly play a musical instrument. However, eventually I came to the conclusion that I don't care that the composer was new when he created this soundtrack, because it's honestly one of my favorite soundtracks... ever.

Ring Runner: Flight of the Sages is a video game mainly developed by two brothers (and a wife/sister-in-law), over the course of five years. Enrique and Paul Dryere were in college and decided to make a game; simple as that. Over the years their project would grow and grow, becoming more and more ambitious, but they didn't stop work until it was everything they wanted it to be, and the result was staggering. The game that came out was an extremely well-polished product, with an incredible 20-hour story, and numerous game modes and features. This game looks and functions like it was made by a large team of people, but it wasn't. It was mainly two.

Ring Runner is very much a game for intellectuals. If you're not a quick learner, you are going to be very lost. The Dryeres packed in so much science and technical details—a lot of it their own science fiction; a lot of it actual theoretical science—that sometimes it's difficult to understand everything that's happening and being said. It most certainly made my head hurt a number of times, and sometimes I had to replay certain sections just so I could be sure of what the characters said. Even the controls are difficult to master, as they're more complicated than the average space shooter.

The game's soundtrack is composed by Enrique "E.C." Dryere, and as I said before, it was his first time composing music. The first track he ever composed is even included on the soundtrack as a bonus track (Track 20: The First Sage). At first the soundtrack might seem to have a slight sort of amateur feel to it, but for me that has long worn off. Instead, I have a strong appreciation for how unusual and unique the style of music is. In fact, it's one of the most unique soundtracks I've heard.

The Ring Runner soundtrack is a piece of art. It's an integral part of the game. Not only is it beautiful, but it perfectly reflects both the vastness of space and the universe in which the game takes place. The score that accompanies the Nameless Sage on their adventure is incredible. It might be a little unorthodox, but that doesn't make it any less amazing. I would say that there is only one track in the entire soundtrack (Track 19: A Promise to Keep) that doesn't fit perfectly with the segment of the game in which it is used, and that single track is still a great piece of music on its own.

Track 15: Ring Runner – This is the music that greets a player when they load up the game. It's rare that a piece of music can invoke such a feeling of nostalgia before one has even been through the journey. The title music of Ring Runner is somehow able to accomplish this. It expresses the vastness of space, and at the same time lets the player know that they're in for a long, incredible journey.

Track 1: StarEater – This music helps craft the first level of the game. An amnesiac pilot and a mysterious A.I. fly their way out of an exploding space station. In short, the story begins with the destruction of the only location that could ever tell the characters who they are.

Track 7: The Name Solipso – A recurring character, with a recurring theme, is the legendary Sage named Solipso. The first ever Sage free of CIR rule, Solipso has been on the run for hundreds of years, showing up at various locations for only brief amounts of time. One day he crosses paths with the Nameless Sage, and that simple meeting would set in motion events that would change the universe, so to speak.

Purchase the Ring Runner: Flight of the Sages soundtrack on Bandcamp.
Or listen to it for free on Bandcamp or YouTube.
Posted by Arkatox at 4:00 PM No comments: