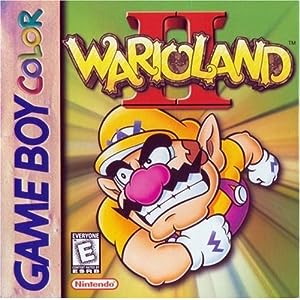 Ah, Wario Land II. The Game Boy Color was such an amazing era. . . . Most people I know don't want to try this game because (1) they hate Wario or (2) they've played Wario Land 4 and think it must be a lot better. It's not. In fact, Wario Land 4 is a total piece of crap compared to the rest of the series. 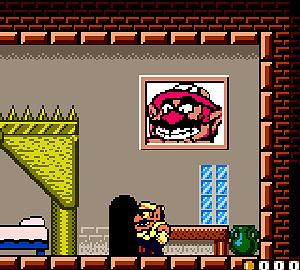 You travel through five worlds, each consisting of five levels, to get to the lair of the evil Captain Syrup, so you can steal back the treasure that she stole from you. Yes, over the years Wario has stayed just as greedy as he was back when this game was made, but it's one of the few parts of his personality that have carried over time.

There are enemies, and they can do different things to Wario. Enemies sometimes cripple Wario in some ways, and other times it seems like they give him a power-up. Sometimes you can get to other places that otherwise couldn't from being "crippled" by certain enemies' attacks.

Wario Land II is long, challenging, and literally jam-packed with secrets. There are as many secret levels are there are normal levels, and the secret exits and passageways aren't easy to find at all. For an unexperienced player, you could spend literally months trying to find all of the secrets in this game. This is why it is one of my favorite games ever made for any system ever. Nothing, no Wario Land 4, no Call of Duty: Black Ops, can beat this game in my standards, unless there's another 2D platformer that goes even deeper.

==Pros==
-Very long game, all secrets included
-Jam-packed with hard-to-find secrets
-Super addicting gameplay
-One of the best games ever made

==Cons==
-If you've 100% completed the game too many times, it's not quite as awesome (but it's still awesome nonetheless)
-Some enemies can get pretty annoying
-Sometimes you spend forever trying to get to a secret passage, and then you finally do, and find out you're not suppose to get there that way (but oh well, you got there anyway!)

Twenty-five years ago, minus one day. That was when The Legend of Zelda was first released on the Nintendo Entertainment System (NES). I wish I had found out yesterday, when it was the day. The fact that yesterday was also President's Day alluded me as well. Probably because I don't care. Anyway, for celebration, here's a medley composed by Casper Smit featuring all of the ocarina warp songs in The Legend of Zelda: Ocarina of Time, metal style!

Anyway, Mountain Dew Voltage for everyone! Have a nice day!

They Need To Be Fed 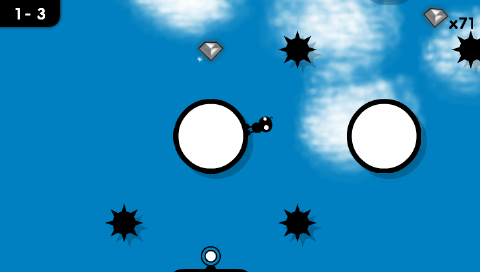 It's been a while since I've written a game review, and that is simply because recently I have not finished any games. I've played plenty, though. Long games are good games, and most of the games I'm currently playing are long.

They Need To Be Fed is a game I played and beat a while ago, but never got around to reviewing. It's one of those 2D versions of Super Mario Galaxy-styled gravity platformers. You can walk completely around objects, as every platform has it's own strong gravitational pull. 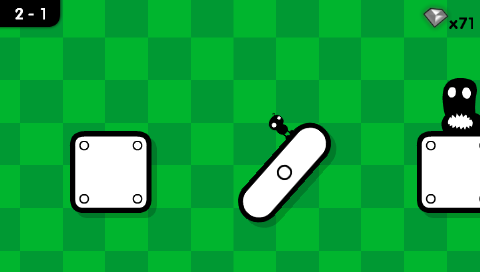 The story is that a certain race of beings is going to go extinct if you don't feed them—with the very characters that you control! The goal of each level is to find the end, which is one of the beings from the dying race, and get eaten by it. It's all in a good cause, which is to keep this noble race alive! But is there something strange afoot, with this dying race?
They Need To Be Fed is a fun, good-paced game that will amusingly occupy enough time to satisfy you. It's not a terribly long game, but it's a terribly fun game. I'd recommend it.
==Pros==
-Very fun and addicting
-Perfect length
-Well-made and professional
==Cons==
-It's not very hard to unlock everything
Download They Need To Be Fed on YoYo Games
Buy They Need To Be Fed for the iPhone ($1)
Buy They Need To Be Fed for the iPad ($2)
~Reuben/Arkatox~
Posted by Arkatox at 1:48 PM No comments: Seriously, when I first saw this book on the library shelf, I thought it was a romance novel. It had to be. From the title and cover, what else could it be? I opened the book and flipped through the pages, and somehow it seemed interesting to me. That's why I read it.

I can tell you, this is not a romance novel. It's a psychopathic thriller about a serial killer and someone who's part of the police force (well, he'd argue otherwise) who's trying to stop the killer. Sounds like a normal novel to me.

The serial killer is not actually a serial killer. Well, I'd say part-time. His main focus is paid killing. "Give me a hundred thousand bucks and I'll kill so-and-so for you" killing. His name is Ricky Roy Lozada, and he's well-known for being a contract killer. Why hasn't he ever been thrown in jail? Nobody's ever found evidence that he's a killer. Everyone just knows it, except for the people who have say.

This story was surprisingly well-written, and I loved it. I wouldn't recommend it to many people I know, though, due to frequent swearing, many inappropriate jokes, and all-too-descriptive sex scenes. The main character, Wick Threadgill, happens to have a very annoying personality and also happens to be the one who swears the most and makes the most crude jokes. I sort of started to like him a little bit by the end, but he was still far too annoying.

The plot was what I thought made the novel worth-while to me. It was very thought-out and presented just perfectly. It ran at just the perfect pace, and had an ending that made you happy.

This book, I'll say, was great. Just be cautious about reading it. I guess you can skip through the sex scenes, if all else fails.

Anyway, have a nice day, and goodbye. Wasn't I going to start writing shorter reviews?