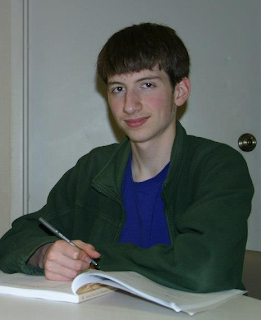 Can you believe it's been two whole years since I started this blog? Yeah, I can too. It feels like it's been four.

Last year today was both the first anniversary and my 100th blog post. I have nothing as fancy this year, as this is only my 147th blog post. I could have posted a few random posts recently so that this would be the 150th blog post, but I only remembered the anniversary a few days, so there wasn't really time.

So why have I written only half as many blog posts this last year as I did the first year? Well, a large part of it is inactivity in recent months. I recently lost my ability to read without taking enormous effort and causing a lot of stress, and with that, of course, came my loss of ability to compose reviews and write in general.

How this all came about is a very long story that I would rather not talk about at this particular time, but do know that writing this particular blog post is already causing my nervous system to panic.

For last year's anniversary I told a lot of my friends to ask me questions about various parts of my life, but since I didn't know until the other day that today was today, I didn't have time to ask. Since the last anniversary, I also introduced the "20 Random Facts About Me" series, so that partially makes up for it. If anybody’s interested, I would be willing to write another list in the series sometime soon.

So, will I start being more active on here? Well, I don't know. There are only a handful of people who even read this blog. Think about it: Reuben Horst’s Blog (quite the original name, eh?) has been around for two whole years, and it only has 28 followers. I know people who got that many followers a week.

If you have any questions or suggestions about the blog, post a comment below, on Facebook, or anywhere else you can contact me. I always look forward to feedback, especially because I rarely get any. Live long and prosper, and good luck. Thank you for reading my blog. Not many people do.
Posted by Arkatox at 9:09 PM 1 comment: