Not all popular music is awful, for sure, and certainly not all love songs are awful; but a lot of them are. There is a good number of artists out there who, say, actually know what love is, but they're so often overshadowed by songs by ridiculous people about ridiculous things. I thought I'd bring to light some more or less known musicians and songs that really show some depth. So, here are five love songs that are actually good.

Click on the album covers to be taken to YouTube, or use the Spotify resources at the end. 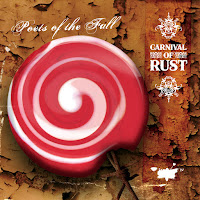 Carnival of Rust by Poets of the Fall
A lot of the works of Poets of the Fall are rather difficult to understand. They really live up to their name, through their cryptically poetic lyrics. Many people have various theories for what "Carnival of Rust" could be about, but I choose to believe what I hear: a very deep and poetic love song. 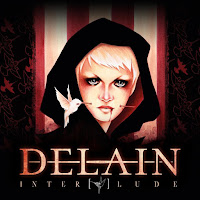 Breathe On Me by Delain
This song, to put it simply, is about a girl who falls madly in love with a man. Plenty of pathetic love songs follow this very premise, but it's Charlotte Vessels' intellectual writing and beautiful vocals, along with the amazing sound the band brings, that sets this gem apart. 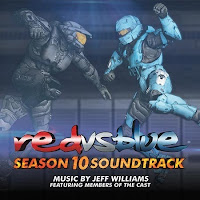 Forever by Jeff Willaims (feat. Casey Williams)
The tenth season of Red vs. Blue was a fairly dark and twisted story, and composer-songwriter Jeff Williams really translates that into the music and songs. "Forever", sung by his daughter, is about mourning the loss of a love. Very touching, and sad. 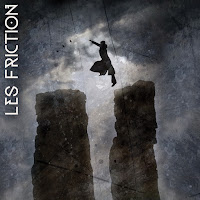 Sunday by Les Friction
Les Friction is a rock opera that tells a story involving the future and other dimensions. I don't understand at all how the story progresses, but each individual song is incredible, unique, and easy enough to follow on its own. "Sunday" is perhaps the most beloved piece by the group, telling the story of two ordinary people and how they hope to fall in love. 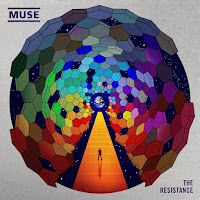 Resistance by Muse
"Resistance" tells a bit of a Romeo and Juliet sort of story. It tells of a forbidden love, and questions whether it's right or wrong, and whether or not they should just run away. It's one of the more deep Muse songs I've heard, and definitely one of my favorites.

I've compiled these five songs onto a Spotify playlist, for your convenience. Enjoy!

Soundtrack of the Month: November 2015 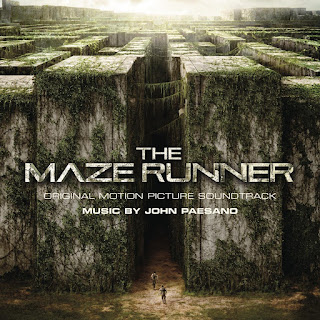 Last month I went to see Maze Runner: The Scorch Trials, the second installment of the Maze Runner saga. I loved it, and it reminded me how much I loved the first film as well. The Maze Runner is a unique story with unique personality and music. The sounds of the world contributed well to the film, and the end result was impressive, to say the least.

The Maze Runner is not another cliché film adaptation of a young adult novel with a focus on appeasing pre-teen fanboys and fangirls. This film has depth and character, and is brilliantly pulled off. The score is composed by up-and-coming composer John Paesano, who also scored the newly-released sequel.

Paesano's score gives new personality and life to an already impressive story. Mysteries and confusion are beautifully and terrifyingly translated into incredible incidental music that fits perfectly with the film and its themes. The Maze Runner was one of the first majorly noteworthy projects Paesano has worked on, and he made sure his shot counted.

Track 2: What Is This Place? – Our protagonist wakes up in a strange place, with no memory of who he is or where he came from.

Track 7: Into the Maze – Let's get this adventure started.

Track 21: Finale – The epic conclusion to The Maze Runner. It's over, right? Or is it only beginning?

Purchase The Maze Runner (Original Motion Picture Soundtrack) from Amazon or iTunes.
Or listen to it for free on Spotify or YouTube.
Posted by Arkatox at 4:00 PM No comments: