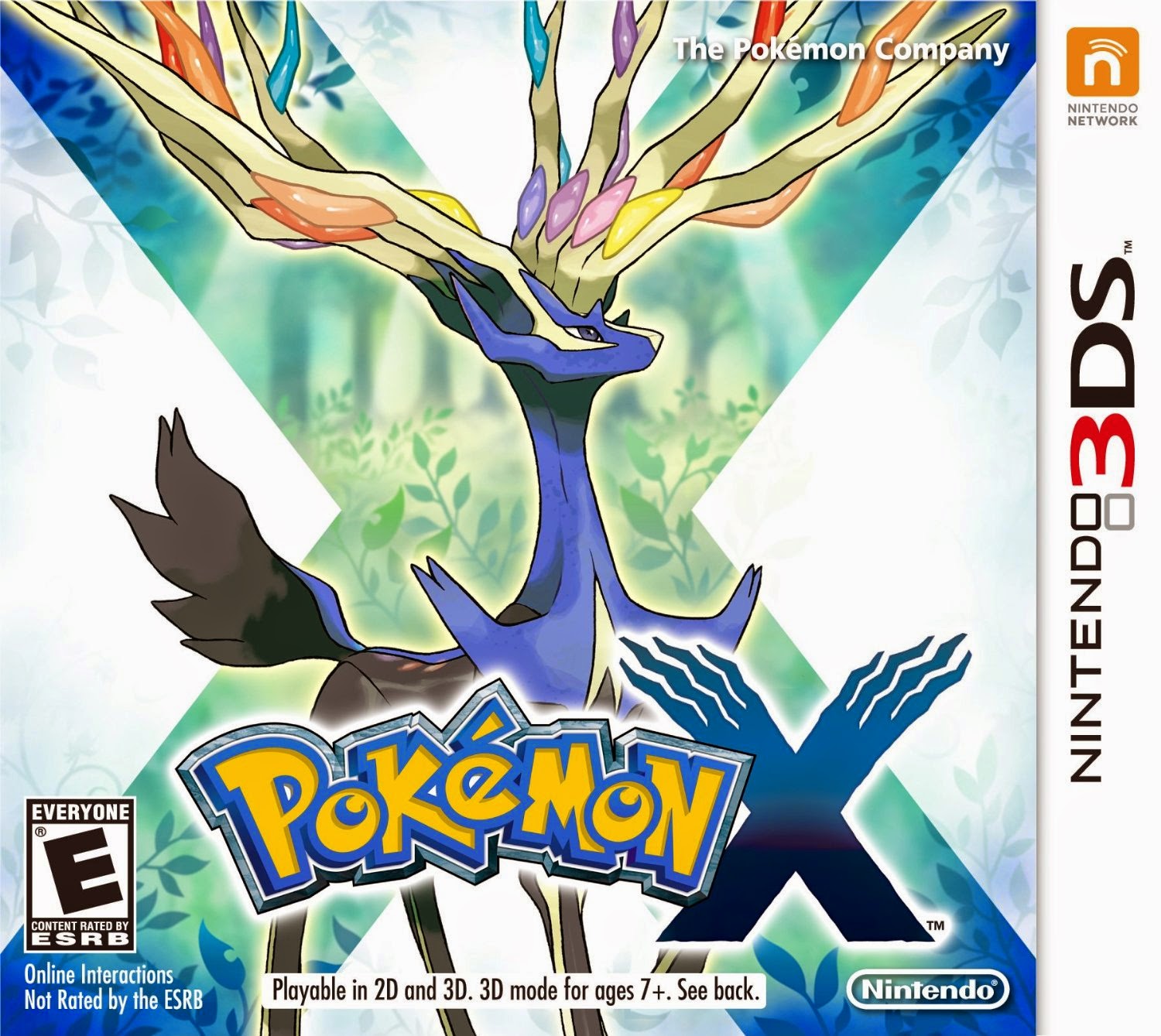 I recently acquired a game from one of the most recent generations of Pokémon. Pokémon X is a sixth-generation Pokémon game, and has a counterpart titled Pokémon Y. I played it for a while, and then mustered all of my focus into typing up an incredible review for the game.

...What, did you expect something more? That's literally what it is: The same game with a few updated knick-knacks. Heck, it feels like an HD remake of the only other Pokémon game I've ever played, Pokémon Sapphire. That's rather funny, because they recently released an official HD remake of Sapphire. They didn't even need to do that, because that's literally every game they've made since the original! At least the music in X is pretty awesome.

Now, don't get me wrong, the Pokémon games are and will always be a lot of fun. It's just, there aren't many new elements to each new game. Beyond that, they release two almost identical games for each generation. I don't even get why they do that, aside from monetary and marketing purposes. It just seems like a way for the developers to grab more money.

To tell the truth, I've only played about six and a half hours of Pokémon X, and I just don't feel drawn to continue. I have to endure over seven hours of car travel each week, so you'd think that the game would be a great way to pass the time, but why would I play Pokémon X for an hour or two when I could play Bird & Beans for an hour or two?

The sad thing about that question is that I was absolutely serious.

Disclaimer: This article was abnormally negative for the purpose of satire.
It's really a pretty good game.
Posted by Arkatox at 4:00 PM 1 comment: 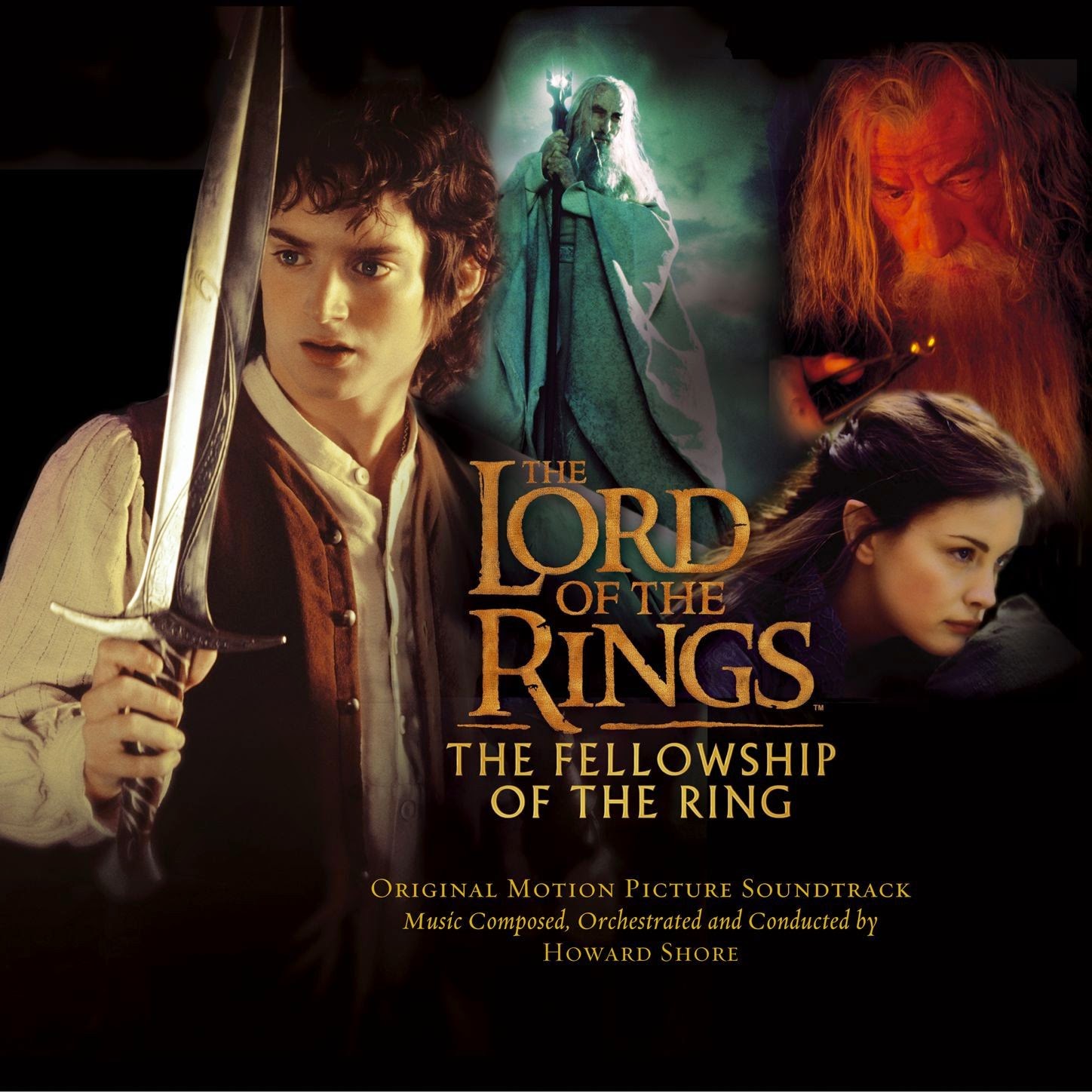 There are very few movie scores that are just as iconic as the films they accompany. Star Wars and Pirates of the Caribbean come to mind, and of course there's the magnificent Lord of the Rings trilogy.

The Lord of the Rings: The Fellowship of the Ring is the first installment of one of the greatest stories our world has ever known. Howard Shore took it upon himself to score the entire trilogy, and while this was no easy feat, he succeeded in composing some of the most iconic, memorable and emotional themes in the entire music industry.

When listening to this soundtrack, you can't help but find yourself traveling to the Shire, and Rivendell, and all the amazing locations visited during the first stretch of the Quest of the Ring. Few soundtracks can immerse the listener so well into its world, so as to take them back to the adventure even when not watching the films.

One stand-out feature of the Lord of the Rings soundtracks is the inclusion of grand, incredible choral segments that feature singing or chanting in some of the many languages created by J.R.R. Tolkien, the writer of the series from which the movies were adapted. Some English is heard as well. The credits songs for each movie in the Middle-earth saga (always in English, performed by guest artists) are particularly known for their sentimental value.

Track 11: The Ring Goes South – Haunting and epic music to accompany a party on an adventure.

Track 17: The Breaking of the Fellowship – The first chapter has come to an end, but the adventure has only begun. This song leads directly into "May It Be", the credits song, performed by Enya.

Note: A largely expanded edition of the soundtrack was released, which covered every single moment of score in the extended edition of The Fellowship of the Ring. This very long, 4-disc release is out of print, and as of the release this article can be purchased on Amazon new for $799.99 and used for $120.00. Good luck getting your hands on it.

Purchase The Lord of the Rings: The Fellowship of the Ring: Original Motion Picture Soundtrack on Amazon or iTunes.
Or listen to it for free on Spotify or YouTube.
Posted by Arkatox at 4:00 PM No comments: