In April of 2015, I was bored and decided to draft a letter to the mayor of Ardenham, who totally exists. I figured I'd be stupid and share it for the world to see. This is somehow what my imagination comes up with these days.

I regret to inform you that your cabbages have escaped their pen. We're not sure exactly how things went down, but we fear that the FFMA (Friendly Field Mice of America) may have had something to do with it. There are reports that their meetings have turned suspiciously dark as of late, with discussions about sloth, avocados, and the Council of Bad Children.

It is my recommendation that immediate action be taken to find the cabbages and put an end to the FFMA's potentially evil plans. To do this, we must enlist the help of Jared the Cabbage Slayer. If the cabbages don't want to be fenced in, then what right have they to exist in the first place? This discrimination against us will not stand.

Thank you, and may your coffee fields grow ever plentiful.


Thanks for your time.
-R
Posted by Arkatox at 4:00 PM No comments:

Soundtrack of the Month: December 2015 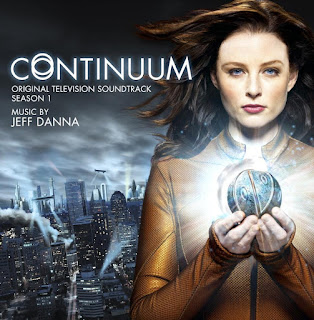 Continuum has recently become one of my new favorite science fiction series. A unique concept, fantastic characters, and time travelling that actually isn't stupid. At the time of this article's release, I've only seen the majority of the first two seasons, and I'm not currently in the process of continuing, although I have every intention to proceed at a later time. The music of the series was composed by Jeff Danna, and until a handful of months ago the only soundtrack released had been that of Season 1.

The show tells the story of Kiera Cameron, a law enforcement officer (or "Protector") from the year 2077. In the future, she was assigned to stand witness at the execution of eight criminals—terrorists who considered themselves freedom fighters. An anomaly interrupted the execution, which sent the criminals—and Kiera—back in time to 2012, in an attempt on the terrorists' part to try to rewrite history. The story that follows is thrilling and inventive, and all the while supported by Danna's score.

The score of Continuum is fairly subtle, but distinct and an integral part of the narrative. It distinguishes itself from the average sci-fi television soundtrack without inducing a plethora of prominent themes being thrown every which-way like Doctor Who. As a result it's difficult to pick out specific tracks that stand out in comparison to each other, but the album as a whole is outstanding and beautiful. Danna focused on Kiera's theme in particular as a way to transcend both the story told in 2012 and the story told in 2077.

Track 4: Kagame's Vision of the City – The scene this track accompanies contains no dialogue, which further emphasizes the music and its emotional impact.

Track 5: Kiera Gets Her Tech – One version of Kiera's theme, and one of the series' main recurring themes.

Track 17: A Working Time Machine – It's difficult to explain the importance of this track and the narrative it accompanies without explaining the context. Basically, watch the show.

For some reason the album's official tracklist is almost entirely out of order. If you wish to listen the tracks chronologically (with some alternate tracks as well), you can do that here.

Purchase Continuum (Original Television Soundtrack) on Amazon or iTunes.
Or listen to it for free on YouTube, or a sample of it on Spotify.