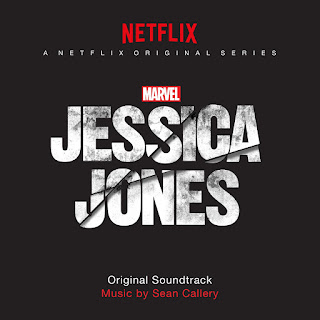 The films of the Marvel Cinematic Universe are not particularly known for their female protagonists. While they have strong female characters, they're often relegated to slightly lesser roles, and there has yet to be a film centered around a female character. Thankfully, if you're looking for quality material starring women, Marvel's television subcontinuity has you covered. Jessica Jones is the second entry in Marvel's series of interlocking Netflix shows, following Daredevil and directly succeeded by Luke Cage.

Jessica Jones is a very unique story for the Marvel universe. It's not about a superhero—it's about someone who has superpowers, tried out the superhero thing a long time ago, and had her world turned upside down and shattered. Many years later she works as an alcoholic private detective, estranged from everyone she cares about.

Sound depressing? It is. It's also extremely dark, and one of my favorite stories of all time. Jessica Jones is what actually made me start reading Marvel comics. I loved it so much that I went and purchased a massive, hardcover, 28-issue omnibus of Alias, the original comic series that introduced and starred the character.

The music of the show is composed by Sean Callery, and is quite different from any Marvel soundtrack to come before. It's very noir-esque to fit the style of the show.

Track 1: Jessica Jones Main Title – The Daredevil theme was extremely impressive, and set a very high bar. Not only did the Jessica Jones theme meet the bar; some would say it surpassed it. If only the shows' successors had continued the trend.

Track 5: Fight at Luke's Bar – This sounds like it would've been incredibly difficult to compose. Though, probably pretty fun as well.

Track 10: Jessica on the Move – This and a few other tracks actually give me a bit of a Halo 3: ODST vibe. I guess I have an ear for genre-bending noir hybrids.

Purchase Jessica Jones (Original Soundtrack) on iTunes or Amazon MP3.
Or listen to it for free on Spotify or YouTube.
Posted by Arkatox at 8:55 PM No comments: 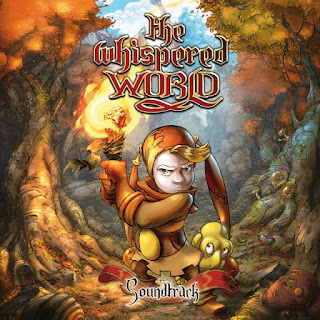 Soundtrack of the Month: April 2017

The Whispered World is an incredibly flawed point-and-click adventure game that has a very special place in my heart. It's about a depressed clown named Sadwick and his caterpillar named Spot, as they set out on an adventure to prevent the world from ending.

Seeing as today is April Fool's Day, this soundtrack seems like an oddly fitting selection. The game's protagonist is the antithesis of a clown, who thinks of himself more as a joke than a creator of jokes and humor. He adds a darker dimension to an otherwise lighthearted and colorful fantasy world.

The music, composed by Finn Seliger, is surprisingly beautiful, covering all of the game's various themes. The sound is very unique, to the point that I frequently have difficulty distinguishing what instruments are used. There is for certain a very strong presence of piano and wind-based instruments, but they're used in a way I haven't often heard. It makes for a very unique soundtrack.

Another reason for the timing of this feature is in celebration of the semi-recent release of Silence, the sequel of The Whispered World. The two games are incredibly different, yet surprisingly very similar. The music of Silence has a more orchestral approach, and was composed by Tilo Alpermann.

Track 1: Main Theme – I adore this main theme, and I love that it was brought back for the game's sequel. I have a friend who learned to play it on piano, and suddenly I want to learn piano.

Track 2: A Sad Clown – Boy, this game is weird. This song frequently comes to mind when I'm asked about beautiful piano music.

Track 9: Asgilia – You are not in a very nice place. Not nice at all.

Purchase The Whispered World soundtrack on Amazon MP3 or iTunes.
Or listen to it for free on Spotify or YouTube.
Posted by Arkatox at 7:58 PM No comments:

Soundtrack Feature: Much Ado About Nothing 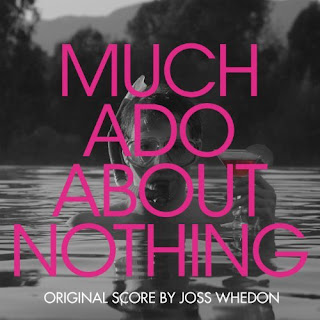 Soundtrack of the Month: March 2017

In 2011, during a contractual vacation from working on The Avengers, filmmaker Joss Whedon organized and directed an adaptation of William Shakespeare's romantic comedy Much Ado About Nothing, shot entirely in 12 days. The film starred actors from all throughout Whedon's career, and was released in 2013. Due to monetary constraints Whedon himself composed the music to the film.

Joss Whedon's career has been filled to the brim with projects heavily influenced by music. His first television series Buffy the Vampire Slayer had excellent score, frequently showcased real-world local indie bands at the often-visited club The Bronze, and even featured a musical episode written entirely by Whedon himself. Many years later he would create another musical with his brothers and sister-in-law, Dr. Horrible's Sing-Along Blog. Nearly every project of his career has been heavily influenced by music in some way.

While Whedon had written songs before for the aforementioned musicals, Much Ado About Nothing is his first ever attempt at scoring a soundtrack. In short, it's enjoyable. It's very string-focused, with other soft instruments, and a subtle yet beautiful companion to the black-and-white, bizarrely genre-bending adaptation of this classic story. The soundtrack features two songs with lyrics taken from Shakespeare's original play, which are performed by Whedon's sister-in-law Maurissa Tancharoen, and his brother Jed Whedon.

Track 1: Main Title – Peaceful. Though, I imagine someone slamming their finger on the piano pretty hard.

Track 26: Heavily – Now, I know Much Ado is supposed to be a romantic comedy, but it's also kind of a tragedy. And man does Whedon nail that in his adaptation.

Purchase Much Ado About Nothing (Original Score) on Amazon MP3 or iTunes.
Or listen to it for free on Spotify.
Posted by Arkatox at 8:31 PM No comments: 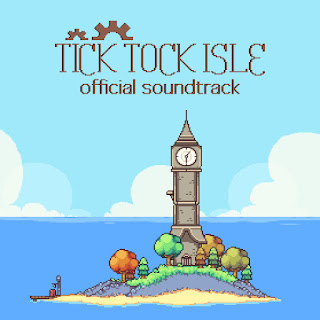 Tick Tock Isle is a short but enjoyable indie game about a time-travelling clock repairman and how he accidentally influences the lives of a family over many years. It has charm and humor and, if you don't get too lost in the family's maze of a mansion, can be completed in around an hour and a half

The music is a melodic chiptune soundtrack by Irish composer Kevin Carville. It's full of personality and frequents a main theme heard throughout many tracks on the soundtrack. It's diverse enough to remain interesting and beautiful throughout the game, but it's also soft enough that you could fall asleep to it. In fact—I have! Overall, the music is as lovely as the game itself.

Track 1: Tick Tock Isle – The main theme of the game, heard multiple times throughout the soundtrack to accompany various different periods of time, seasons, and times of the day.

Track 12: Box Fort – Every so often, you'll come across a couple kids who've built a fort out of whatever they have lying around, be it boxes, sand or snow. Inside each fort is a short platforming level inspired a classic video game.

Track 32: Melody's Big Finale – Melody is a young girl, quite talented in musical instruments, but also quite bored and feeling uninspired. Throughout your adventure you'll find various instruments to give her, to try and spark her creativity.

Purchase the Tick Tock Isle soundtrack, or listen to it for free, on Bandcamp.
Be sure to check out the game itself on Steam.
Posted by Arkatox at 4:00 PM No comments:

Soundtrack of the Month: January 2017

Happy 2017! I started this piece with the intention of it being a Soundtrack Feature, but as I was writing I realized I had enough content for a full Soundtrack of the Month piece. What does this mean? Is the series finally back in full? Well, we'll see. For now, enjoy the piece. 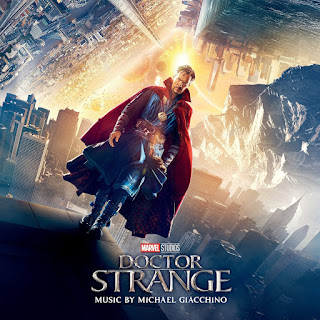 Doctor Strange is one of the most ambitious films of the current era in terms of visual effects. We're shown bizarre worlds and mind-blowing effects as the world is morphed and manipulated around the characters, showcasing some of the most impressive visuals in filmmaking history. Creating a musical backdrop for a film such as this was an ambitious feat, and Marvel was wise in selecting Michael Giacchino for this task.

Some may argue that the Marvel Cinematic Universe scores aren't as memorable that they should be, but I don't entirely agree. A lot of the films' music unquestionably invokes memorable feelings of awe and beauty, and Doctor Strange is certainly no exception. Giacchino's score fits in with the rest, yet also stands out as entirely unique. The main theme, exhibited in the credits track, is one of the best themes from a Marvel movie.

Track 3: A Long Strange Trip – A bizarre trip through space and imagination. I think God had a seizure.

Track 18: Go for Baroque – Michael Giacchino is known for incorporating puns into his track titles, when producers allow him to do so. He was able to sneak a few into this soundtrack.

Track 19: The Master of the Mystic End Credits – The full Doctor Strange theme, in all its creative and melodic glory.

Purchase Doctor Strange (Original Motion Picture Soundtrack) on Amazon or iTunes.
Or listen to it for free on Spotify or YouTube.
Posted by Arkatox at 8:36 PM No comments: