It's always sad when your good friend or a family made up of your good friends move away. It's not like you'll never see them again, but you also know that that person will never again have a large part in your life. Their role is reduced to "recurring character" status, and by recurring I mean you only get to see them once every year or less.

This isn't just the case for people moving, either. When a friend transfers to a different school, or even a different church, sometimes they're all happy with their new friends and find no need to associate themselves with the likes of you. As far as they're concerned, you're now irrelevant. All your friendship was for naught.

But then some of them put forth an effect to keep in contact for as long as it can last. They make sure not to forget your existence. Those friends are the best friends.
Posted by Arkatox at 10:25 AM 1 comment:

Except, well, my mom made gluten-free cake, and it was reeeaaally good! (For the record, I am gluten intolerant. I'm not one of those weirdos who go off gluten just because they think it's a good diet. Seriously, I'm not that big of a joke.)

(If I just offended someone, I apologize. But seriously, if you are not intolerant to gluten or allergic to wheat, you should not be cutting gluten from your diet.)

Thanks to my amazing parents, I can now add the Hyrule Historia to my bookshelf, next to The Art of Brave, which I purchased for myself after this last Christmas. In a few years I'm sure I'll have quite the collection of amazing concept art books. It will be awesome.

I also got Arrow Season 1 (DVD) and its soundtrack, along with... wait for it... a bag of Doritos! Yeah! Don't I have the best friends and family in the world?

Now I'm kind of unsure how to conclude this post. Um... yeah. Have a great day!
Posted by Arkatox at 12:36 PM No comments:

Soundtrack of the Month: September 2014 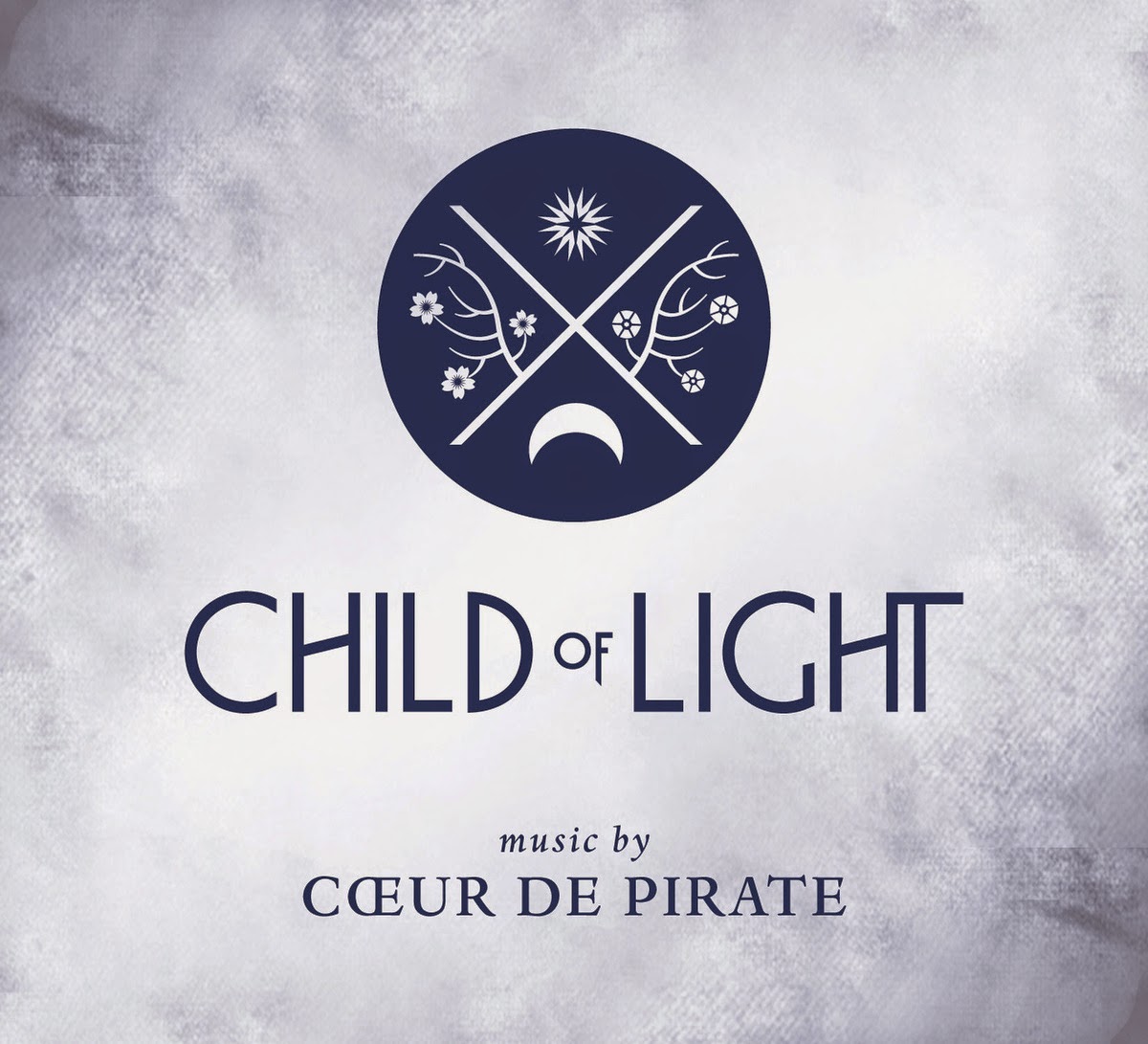 Welcome to the second entry in the Soundtrack of the Month series. Last month we plunged into darkness with the debut of the blog series, and this week we shall rise into the light. Child of Light is a gorgeous video game about a little girl from 1895 Austria who was thought to have died, but instead woke up in the fantastical world of Lemuria.

Child of Light is a prime example of how video games are most certainly an art form. The visuals are incredible, the dialogue is all in poetry, and the music is absolutely beautiful. Each aspect of the game is a beautiful piece of art on its on, but they all come together to create something even greater. For a greater grasp of what I mean, you can check out the trailer.

The score was composed by French-Canadian singer Béatrice Martin, who goes by the name Cœur de pirate ("heart of the pirate"). I don't know how much experience she's had with composing, but this is her first ever score release, and it's easily one of the best video game soundtracks I have ever heard. The melodies are fairly simple yet beautiful, and the tunes will remain in your head for a very long time.

Beyond being an incredible background score for a game, the soundtrack to Child of Light is an amazing listen on its own. If you're looking for music to listen to while you're writing or drawing, look no further than this album.

Featured Tracks
Once again I remind you that this section does not necessarily show my three favorite tracks. In all honesty, if I were to list my favorite tracks, I would list nearly the entire album. Rather, here are three noteworthy tracks.

Track 2: Aurora's Theme – This is the theme of the main character, Aurora. It's heard many times in the game and multiple times in the soundtrack. It reflects the innocence of her youth, but also has a feeling of sadness to it.

Track 11: Metal Gleamed in the Twilight – While most of the tracks from Child of Light were recorded with only a few instruments, the battle themes were fully orchestrated and, to be honest, rather epic. This track is my particular favorite of the orchestrated themes.

Track 18: Off to Sleep – The credits song to Child of Light, written and performed by Béatrice. It's an amazing song on its own, but in my experience the best way to listen to it is at the end, after listening to the entire rest of the soundtrack. It's an incredible and emotional conclusion, both to the game and to the soundtrack.

Note: In the game, some of the orchestrated tracks include a choir. The choir was edited out for the soundtrack release, but that in no way detracts from the soundtrack.

Purchase the Child of Light soundtrack on Bandcamp, iTunes, or Amazon MP3.
Or listen to it for free on Spotify or YouTube.
Posted by Arkatox at 4:30 PM No comments: