The Screwtape Letters by C.S. Lewis 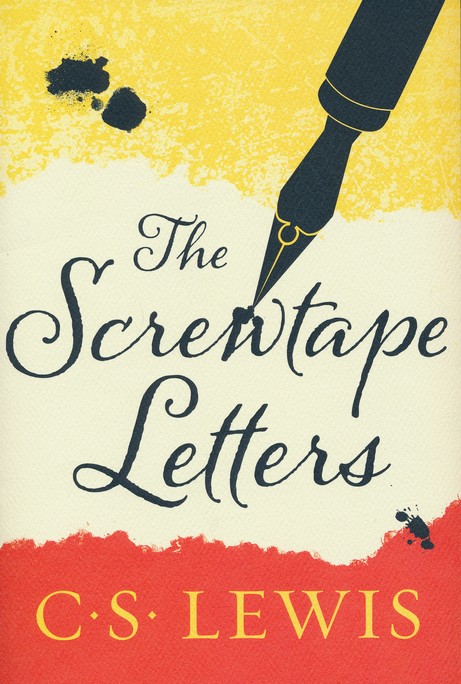 The Screwtape Letters by C.S. Lewis was a school assignment that I was to read over a couple months. Considering school is now over (yahoo!), I finished this book a while ago.

The entire book is a set of letters from Screwtape, a demon, to his nephew Wormwood, a fallen angel who's job it is to tempt a young man referred to only as the "patient." It takes place during World War II, and that plays a part in the events.

It's interesting to read a book from the point of view of a fallen angel. The points made are undeniably good, and it feels like every other page is a slap in the face to the lifestyles of average "Christians." It's hard not to see many fragments of your own life in the life of Wormwood's "patient."

Overall, The Screwtape Letters is a true showing of Lewis's genius and his knowledge in Biblical facts. I believe that the author put a lot of himself into the novel; into the life of the "patient." It's a great philosophical read, and I highly recommend it to anyone with a decent vocabulary.
Posted by Arkatox at 5:48 PM No comments:

Game Recommendations of May

Sometimes you just can't write a whole review of a game, but it's good enough that it deserves some mention. Here are some games I've played in the previous few months that didn't get their own full reviews, but I definitely recommend them anyway.

NightSky has beautiful visuals, touching music, and it's one of those things that prove that games don't need to be extremely hard—or hard at all—in order to be fun. It does also include an alternative mode with much harder puzzles for those looking for a challenge. The only downside to the game is the price, but $10 isn't much at all. I very highly recommend this game.
Systems: PC, Wii, 3DS
Official Website

It amazes me how people can still think up new Tetris-style concepts that are still fun. PiCTOBiTS is an addicting arcade game for DSiWare with fun chiptune music and a lot of different levels. In each level you try to clear different colors of blocks in order to create various different characters from oldschool NES games. If you have a lot of time to kill, check it out.
Systems: DSi, 3DS
Official Webpage

Galcon Fusion is a real-time strategy game in space, with a ton of game modes, difficulty levels and achievements. It's addicting, in a good way, and can spawn numerous hours of game time to take up... time. Oh, it's also colorful and pretty. Highly recommended if you like strategy games or multiplayer games in general.
System: PC
Official Website

This is the original NES Kid Icarus game remade in 3D, with some other revamped features as well. One worth mentioning is that the game now has cool level backgrounds, so it's not always black. Basically, it makes for a super fun platformer and a worthy remake of the old game. My biggest problem with it is the fact that half the game is far too hard and the other half is far too easy. It seems to alternate between extreme difficulties. Regardless, this game is certainly recommended.
System: 3DS
Official Webpage
Posted by Arkatox at 3:00 PM No comments: 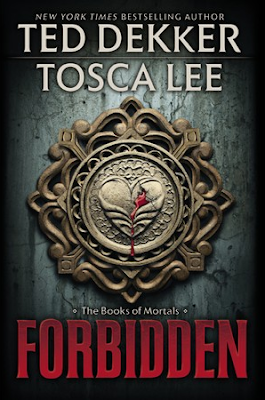 Many years have passed since civilization's brush with apocalypse. The world's greatest threats have all been silenced. There is no anger, no hatred, no war. There is only perfect peace... and fear. But a terrible secret has been closely guarded for centuries: Every single soul walking the earth, though in appearance totally normal, is actually dead, long ago genetically stripped of true humanity.

Fleeing pursuit, with only moments to live, a young man named Rom stumbles into possession of a vial of blood and a piece of cryptic writing. When consumed, the blood will bring him back to life. When decoded, the message will lead him on a perilous journey that will require him to abandon everything he has ever known and awaken humanity to the transforming power of true life and love.

But the blood will also resurrect hatred, ambition, and greed.

Set in a terrifying, medieval future, where grim pageantry masks death, this tale of dark desires and staggering stakes peels back the layers of the heart for all who dare to take the ride.

With one month from the release of the series' second installment, I finally finished Ted Dekker and Tosca Lee's highly-acclaimed Forbidden, which I first started reading in October 2011.

The first in the Books of Mortals trilogy takes place in an alternate future in which fear is the only emotion genetically allowed. Although the setting and story are certainly good, the book failed to meet its hype. The book was slow, and even got to be quite boring in many places. It's a struggle to get through, making an unpleasant experience.

The antagonist is a man named Saric. He was given a serum by alchemists that brings back some of his emotions, but only the horrible ones. Basically, he was turned into a beast in a world that knew only fear. He sickened me to the point that I truthfully say I have never hated anyone, real or fictional, more than I hated Saric. That is not how to write a good bad guy! A well-written bad guy is one who you can see reason behind; one you can sympathize with. Ted Dekker has a trend of writing antagonists who are mentally unstable and/or retarded, and no offense to him, but that is the most annoying kind of bad guy in any story. By the end of Forbidden I literally wanted to butcher Saric.

There was a flaw in the story's concept. It's an awesome concept for a setting, but it's not possible to get rid of all emotions except fear. Among the characters who could only experience fear, I saw other emotions as well, such as confusion and desperation. Those could be considered attributes to fear, but that's irrelevant, because they're also emotions separate from fear. If someone in that universe suppresses their fear, they can still be confused, causing a major flaw in the idea of no emotions but fear. Other emotions are necessary in order to have only fear, and that in itself is contradictory.

Forbidden was good, but there were a lot of things I had a problems with; all those listed above, in addition to all of the blood, gore, and sexuality. There's nothing necessarily wrong with having blood, gore, or sexuality in a novel, as long as they don't go overboard. I, for one, am someone very easily grossed out, and there was a lot of gore that I wasn't comfortable reading. The authors could have been just as realistic in their writing while just being less explicit. I know that, because they've done so in the past. As for the sexuality factor, the main evil character, due to his dark emotions, was quite a pervert, wanting to bed every woman he laid eyes upon. He very nearly raped one of the main characters at one point. Another reason to be irritated at Saric and his idiocy.

Yes, yes, as everybody told me, the book improved massively by the end. The pace quickened, the story developed, and everything turned out really cool. But does a book getting good by the end classify it as a good novel? Unfortunately, not this one. If the entire first half of the book had been retold in half the length, it would have been twice as good. Considering the story got good by the end, I'll be eagerly awaiting the release of Mortal, the second in the series. Poor, poor Forbidden, however, is left with only three stars out of five. If not for the second half of the book, it would have been left with two.
Posted by Arkatox at 4:57 PM 7 comments: