Here's an obscure teaser for tomorrow's Soundtrack of the Month. 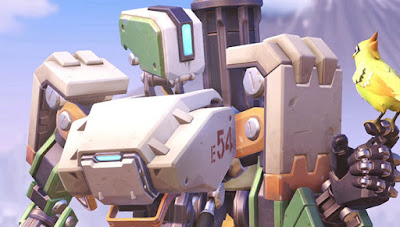 Hint: It's not Overwatch.

As you can tell, I put a lot of effort into this tease, and I definitely didn't think up something to post at 10:30 the night before. Toodles!
Posted by Arkatox at 10:38 PM No comments:

Soundtrack of the Month: June 2016 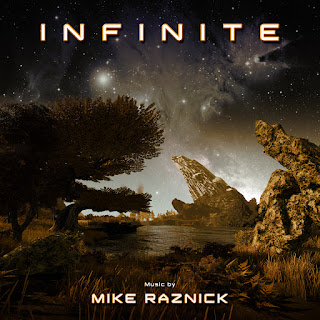 Infinite was composed as the soundtrack to a science fiction exploration-survival video game called Grimm Odds. The game was far in development, but publishing plans fell through last-minute and the game was unfortunately cancelled. Only the soundtrack, composed by Mike Raznick, remains.

The album has a wide range of sounds, from ambient to cinematic. At times it reminds me of another soundtrack Raznick composed, that of Spate, a very dark and atmospheric game. Infinite has much lighter themes, but still contains the same kind of ambiance from time to time.

Track 2: Despair Theme – This is the song that most reminds me of the Spate soundtrack. That melancholic cello—so good!

Track 9: Climbing the Peak – The soundtrack was supposed to invoke a sense of awe as the player explored a strange and beautiful alien world. I feel the music accomplished this feeling even without the game to accompany it.

Track 20: Liftoff – This incredible theme was likely to be used for the end of the game, as the player finds a way to leave the alien planet.

Purchase Infinite (Original Soundtrack), or listen to it for free, on Bandcamp.
Posted by Arkatox at 4:00 AM 1 comment: