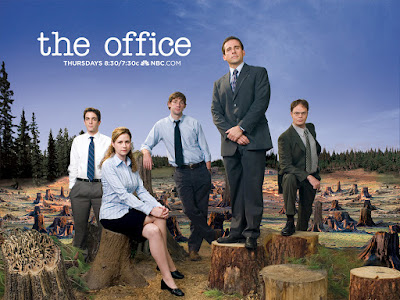 This review is a lot more casual than my average review, as it was initially a Facebook status addressed to friends. It's a brief overview of my thoughts on the series, and it does not address the story, premise or characters in any detail.

I recently finished all nine seasons of the U.S. version of the sitcom The Office. When I started the show, my mindset was something along the lines of, "...What the heck am I watching?" As it turns out, I was watching what would eventually become a hilarious and amazing show that would bring me great enjoyment for nearly two months of binge-watching.

It's true, the show is pretty consistently stupid. It's full of crude humor and facepalm-worthy moments, but it's also full of quality humor, great one-liners and lovable characters. While it's designed so that you can watch most episodes without having seen the rest of the show, the subplots make it absolutely worth watching in order.

The Office does something that no other show I've seen has been able to successfully achieve. All of the characters have this perfect blend of being unrealistic for the sake of comedy, and being very believable and real. This is particularly apparent in the first few seasons, but it is noticeable throughout the series. Most similar shows completely butcher that attempted blend.

My personal favorite episode is "Niagara, Part 2". It's the only episode that I watched more than once before finishing the show. (I actually watched it thrice.) However, this episode will mean absolutely nothing to you without five seasons of build-up and context.

I realize the show's not for everyone. It can be very inappropriate, and I only recommend it to people who are not easily offended by crude humor. (Trust me, it can get bad.) If that's not a problem for you, I'd also like to point out that if you're really turned off by the first few episodes, stick around for a while. It very definitely gets better. Oh, and be prepared to cringe whenever the character Todd Packer comes around. If you think Michael Scott is bad... geez.

So yeah. There's my super short, not-very-in-depth review. It's a great show. Well, it's great when it's not being super stupid. Which, to be honest, does happen a lot. Still, I may have cried near the end. Like, legitimately cried. Because storytelling can be awesome.
Posted by Arkatox at 4:00 AM