Soundtrack of the Month: August 2014 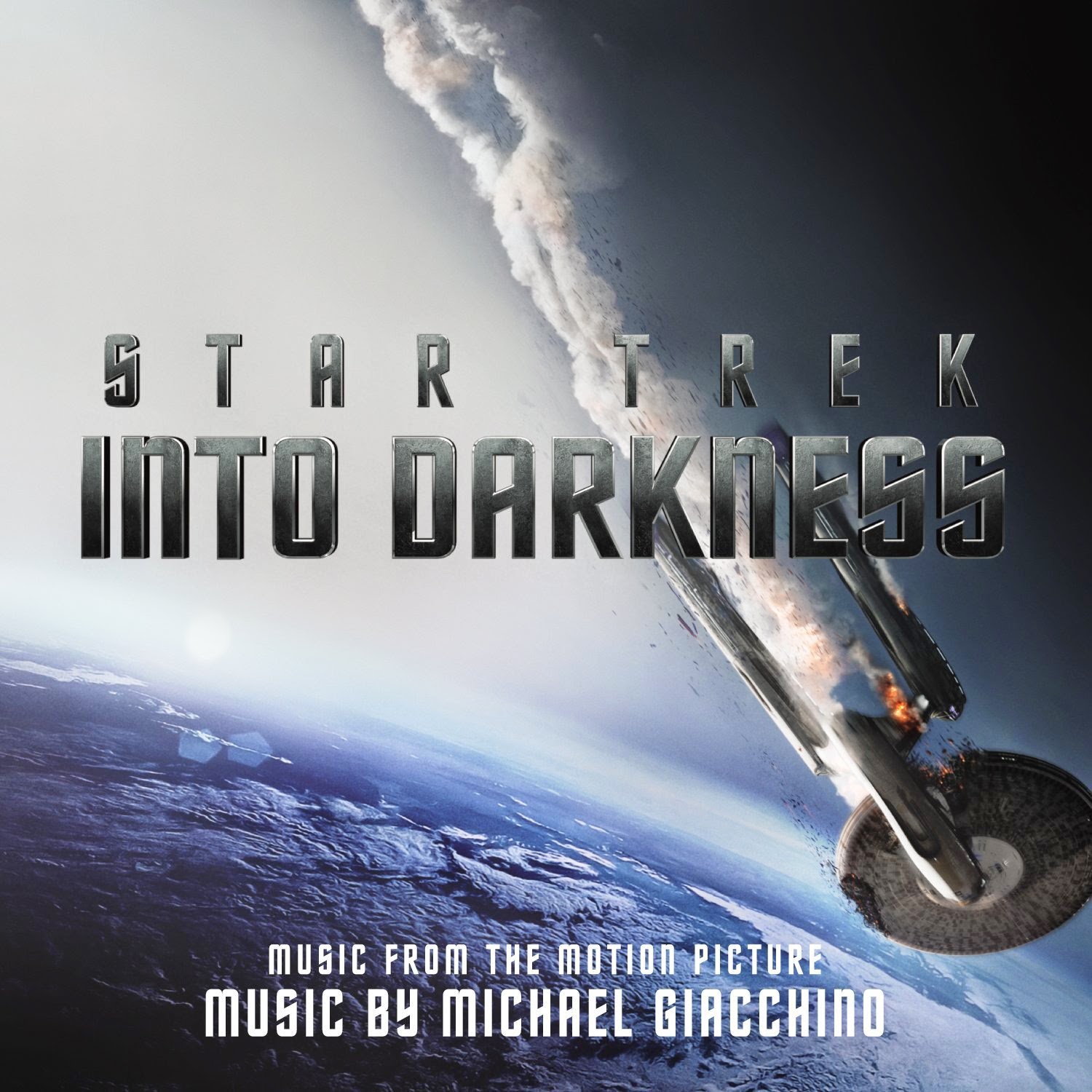 As a number of people have noticed, I've become a bit of a soundtrack nut over the last year or so. Something I've wanted to do for a long time is find a way to share some of my favorite movie, television and game scores with other people who enjoy such things. Thus, after some consulting with friends, I have started a Soundtrack of the Month series on my blog.

To start off, I have here to show one of the very first non-Doctor Who soundtracks I have ever owned, Michael Giacchino's majestic score to Star Trek Into Darkness. From soaring themes to slow and emotional melodies, it's definitely worth a listen.

Giacchino is also known for having scored the film's predecessor, Star Trek, the first of the rebooted film series. The Into Darkness score has very much a science fiction, "Star Trek" feel to it, and yet at the same time there are a lot of cues that sound as if they could have come straight from Star Wars as well. That is never, ever a bad thing. Also, Giacchino has a habit of titling a lot of his tracks as fairly lame puns, so watch out for that.

Featured Tracks
This section would be the "Top 3 Tracks" section if I could only limit myself to three favorite tracks on any given soundtrack. Instead, it's three of my favorite tracks.

Track 4: London Calling – An intricate and emotional song to go along with an emotional scene. It concludes by grandly introducing the villain's theme. Overall, a beautiful track.

Track 6: The Kronos Wartet – I love when composers include grand, Latin-chanting choirs. Giacchino, however, did not do this. Instead, he included a grand, Klingon-chanting choir. Awesome. As an added bonus, the villain's theme returns near the end.

Track 14: Star Trek Main Theme – Despite the title, this track only briefly includes the main Star Trek theme, and instead serves as the main theme for Star Trek Into Darkness. It's a theme that's heard every now and again throughout the movie, but here it is together as one awesome theme piece. It is, to this day, one of my favorite movie themes.

Note: The bonus track, "The Growl" by Conway, is exclusive to the digital version of the album (in the US). I apologize for any ear damage it might cause.

Purchase Star Trek Into Darkness: Music from the Motion Picture on Amazon or iTunes.
Or listen to it for free on Spotify or YouTube.

Also Note: On July 28, 2014, Varese Sarabande released a 2-disc deluxe edition of this soundtrack limited to only 6,000 copies. I have not listened to the new edition and thus will not give my thoughts. However, you may want to grab it while you can!
Posted by Arkatox at 1:07 PM